The attack was on a well-traveled trade route to Dro Mandras. A group of Gnolls and Jackals with Black Claw tribe markings attacked the 3-wagon caravan. The battle quickly turned out poorly for the gnolls as the last 3 gnolls fled from the battle.

A quick looting of the bodies and the party was back on the road. Approaching the western tower and security gate of Dro Mandras revealed a horrendous sight. The clean-up of a failed wall assault by a sizable assault team. At first view range weapons and high-level offensive magic was used to cut down and fuse the orcs, goblins, gnolls, and giant into grotesque contorted smoldering figures. There was no breach on the tower, gate, or walls protecting the Garden District. With the raised security level our group was approached by several sentries, asking our names and nature of our business. Shard and Sujal spoke with the sentries and a quick reference of Roskenbled and a reveal of their medallions was all that was needed for a quick escort into the District. 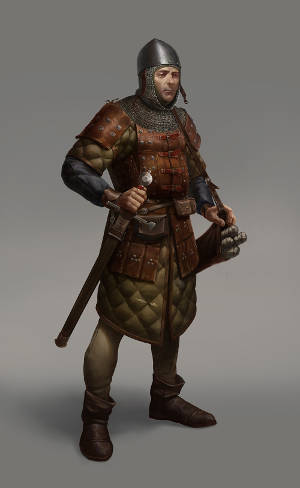 We immediately met with Captain Beneo and delivered the materials outlined in the manifest and travel writ signed by Roskenbled. Beneo invited us into the ground level of the defense tower. There we reported the gnoll attack and discovered that Beneo had a message for Aihdan and the party. It was a message from Sir Marshall Handkopf a high ranking Paladin and Elder of Vanium the Fearless. The message requested our assistance on the east side of Dro Mandras. The party agreed to the request and asked Beneo for details. 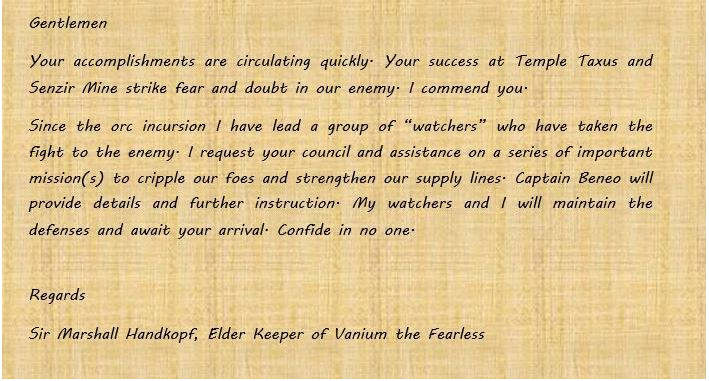 Beneo explained that Sir Handkopf required assistance on the Eastern shore of Lake Veyona east of the destroyed port city of Irusa. Head to the refugee village locally known as Shanty Town which north of Castle Karbosk and look up a person by the name of Tobbar, he is an able captain of a fishing/transport ship called The Dire Gar.

The party decided to visit the Outcast Armory owned by Grundic a renowned armor and weapon smith. Grundic was gruff, smelled of soot and embers, and initially did not show the party the time of day. After a few minutes of negotiations Shard and Grundic came to an agreement on the re-sizing of the oversize breastplate. It will take Grundic 6 days and 750 gold to resize the breastplate and Shard agreed to return the dwarven funeral coins to their proper resting location. 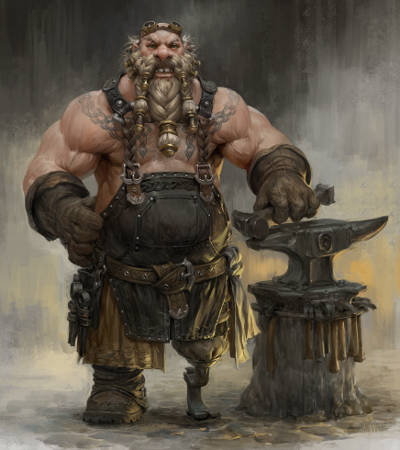